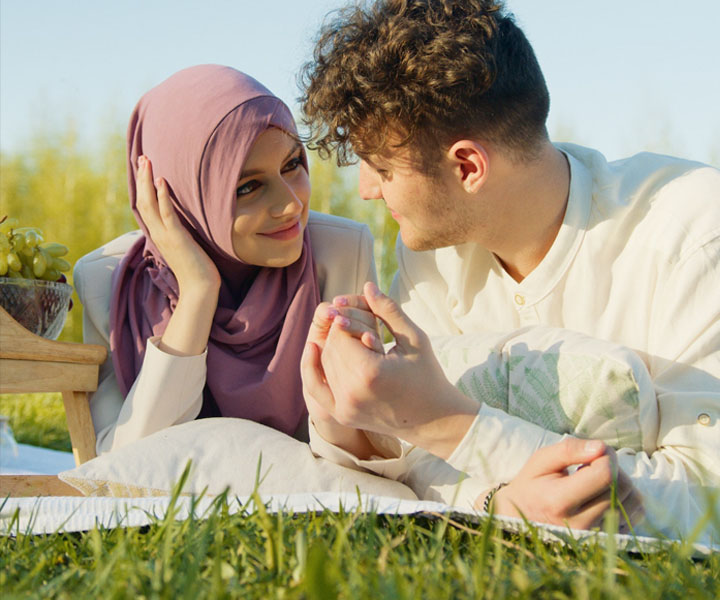 Tips and Techniques of Sexual Intercourse in Islam - NikahExplorer

What are laws of Sexual Intercourse in Islam?

Both foreplay and intercourse are not subject to any specific laws or regulations. But laws and regulations are those that the couple agrees upon through their shared, frequently unspoken understanding. Anything that makes both the husband and the wife happy is appropriate and proper, and anything that makes them both unhappy and uncomfortable is wrong. Islam has still guided the couple that how they should go for sexual intercourse which guidance is indeed beneficial for them.

Foreplay before sex is highly recommended in Islam

Prior actually having sexual contact, there must be foreplay between the partners, which is quite crucial (particularly for the woman) and an essential component of a happy and successful marriage that must never be overlooked. There are numerous hadith that place emphasis on foreplay prior to intercourse since this is how husband and wife relationships develop.

Islam acknowledges the need for love, compassion, and foreplay in women. Most often, women are romantic than men. They enjoy receiving kind statements, feeling appreciated, being the centre of their husbands' attention, and being the object of his passionate affection (thats why the prophet discouraged engaging in sexual intercourse before foreplay). In Islam, a woman has the right to enjoy her husband's company in bed.

The following verse from the Qur'an highlights how crucial it is for married people to have mutual sexual satisfaction:

“It is made lawful for you, in the nights of fasts, to have sex with your women. They are apparel for you, and you are apparel for them. Allah knows that you have been betraying yourselves, so He relented towards you and pardoned you. So now you can have sexual intimacy with them and seek what Allah has destined for you and eat and drink until the white thread of the dawn becomes distinct from the black thread; then complete the fast up to the night. But do not have sexual intimacy with them while you are staying in mosques for I‘tikāf. These are the limits set by Allah, so do not go near them. Thus Allah manifests His signs to the people, so that they may be God-fearing” [2: 187].

Man should only go to his wife for sex

In Kitab al-Nikah of Sahih Muslim, it has been reported that:

Jabir heard Allah's Apostle (may peace be upon him) say:

“When a woman fascinates any one of you and she captivates his heart, he should go to his wife and have an intercourse with her, for it would repel what he feels [Book 8, Number 3243]”.

Hence, it is strongly suggested for men that whenever they get attracted by any woman then they are advised to not think of that woman in any way; rather, they should only try to think of their wives. Men are asked to only go to their wives whenever they would like to fulfill their sexual desires.

“It was reported from Abu Dharr that the Prophet said: “In the sexual intercourse of any one of you there is reward.” They said, “O Messengerr of Allah, when any one of us fulfils his desire, will he have a reward for that?” He replied, “Do you not see that if he were to do it in a haraam manner, he would be punished for that? So if he does it in a halaal manner, he will be rewarded [Sahih Muslim, 720]”.

The above hadith has further stated the fact that if sexual desires are fulfilled in ways which are forbidden by Islam, then that person would be punished. However, if these desires are accomplished in legal and halal ways, they that person would be rewarded immensely. Because, Islam has made sex legal after marriage and Islam has put so much beauty in sex after marriage.

Another one of the most important tips for building the marriage stronger is to take care of wives’ needs and desires in to consideration as well. Hence, men should know this that when they feel to have sex, it is not always important that their wives also feel the same thing. Considering the needs of women as well, men should first try to ask women and then mutually decide for having sex. This should never be a one sided decision.

The husband must understand that while a woman's sexual desire takes much longer to emerge, it is quite powerful once it does, whereas a man is rapidly aroused and could be easily pleased. This is intriguing to consider that Islam's emphasis on the fulfillment of both men and women is an obvious sign of Allah's justice and fairness. This is only one instance of how the Noble Quran frequently asserts that man and woman have been formed from one essence.

Sex in Menstruation is forbidden in Islam

When women are in their menstruation then men are asked to not go to their women. Allah says in Quran in the following verse:

Satisfaction of women in sex is equally important as men’s

Islam places a high value on morality, and quick or rushed sexual activity is not accepted. Men and women typically take two minutes and ten minutes, respectively, to reach the peak of an action. This represents an eight minute difference on average which means if men take 2 minutes then women take 10 minutes to arouse their feelings. Therefore, a man must caress his wife and have foreplay so that both spouses reach pleasure at the same time in in order to completely fulfill his wife's desires as well. Islam places a strong emphasis on foreplay.

All of the above-mentioned hadith and verses of Quran has guided married couples that how they should lead their sexual lives considering the needs of both men and women. Islam is indeed the most beautiful religion and Islam caters humans’ needs in all beautiful ways.