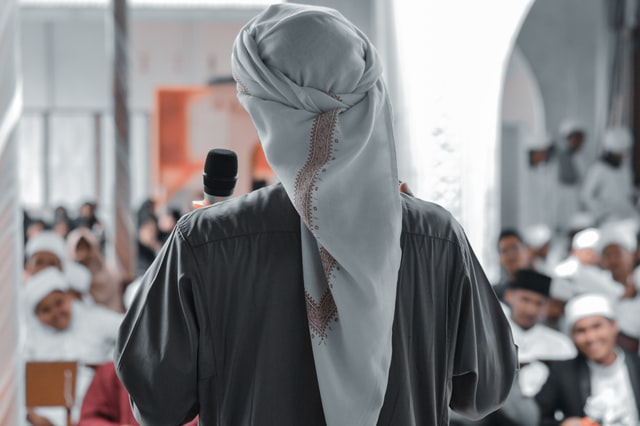 What is the Hijab for Men in Islam - NikahExplorer

What is the Hijab for Men According to Islam

It is not new in our society including Muslims and non-Muslims to associate the commandments of Allah and Quran with the hijab of women. Many people in the Muslim community debate over the topic of women covering themselves by giving references from Quran. A common question woman could usually think that if hijab is for women than what does Islam say about men?

In Surah Al-Araf addressing the idea of righteousness and piety is more important than the physical covering of the body.

Allah says “O Children (of) Adam! Verily We have sent down to you clothing, it covers your shame and (as) an adornment. But the clothing (of) [the] righteousness – that (is) best. That (is) from (the) Signs of Allah so that they may remember.” [7:26-31]

Indeed, if women are advised to cover themselves from top to bottom and avoid ornaments that would attract men, then men are also advised (before the verse for women) in the Quran to lower their gaze.

Concept of Hijab in Islam

The word ‘Hijab’ was originally used to describe partition or a curtain which is used for meeting the rules of modesty that Islam has laid in the Quran. The idea of hijab for men and women is different. For a man, hijab refers to his clothing whereas, for women, they are advised to wear a special type of hijab or covering.

These commandments were given by Allah (swt) in his infinite wisdom, and women and men both are advised to observe hijab in the respective manner and keep themselves away from non-mehram.

What does Quran say about men’s Hijab?

A lot of people in our society even some Muslims believed that Islam commands women to cover themselves. They are hardly people that discusses or even debate over the hijab for men. The Quranic verses explain what men are advised to do to stay protected from evil.

“Say to the believing men that: they should cast down their glances and guard their private parts (by being chaste). This is better for them.” [24:30].

After advising the men in the previous verse, the next verse explains how women must cover themselves. Allah says in the Quran,

“Say to the believing women that: they should cast down their glances and guard their private parts (by being chaste) …” (24:31)

So, basically the hijab for men is to caste down their glace and guard their privet parts. The concept of hijab is does not have the same technical meaning for men as both these genders are opposite in various aspects.

Hijab of the Eyes

In the present hyper sexualized western society, men find it really hard to lower their gaze and avoid inappropriate glances at female. Some even ignore this concept saying there is no harm in looking at women once.

Inappropriate glances at women tend to impact the mind and it stays in the subconscious. These images then subconsciously accumulate, leading a person to physically manifest them. Therefore, hijab for men has a wisdom which is also supported by Quranic understanding.

On many other occasions in the Quran, the term غض (reduce/lower) is used.

As said in the Qur’an, “It is those who lower (يغضون) their voices in the presence of Allah's messenger and whose hearts Allah has proved to be aware - they will have forgiveness and a great reward." [49:3]

How Must Men Carry Themselves in The Society?

Men are not advised to completely cover their bodies like women, but they need to avoid wearing tight clothes and anything that shows their body. Flaunting themselves for attracting women falls under the category of greatest sins.

In the same way, making friends in the opposite gender, communicating inappropriately and flirting which is becoming quite common nowadays, is not something encouraged in Islam. However, there is no harm in making friends in opposite gender but there are some boundries which must be respected even in gatherings of same gender as well. Men must talk to women respectfully if needed.

The restrictions women have in Islam related to hijab; men are also advised to practice the commandments of Allah to stay away from evil. Keeping in mind that a man should try to let his desires and ego gets the best of him in all situations.

Islam is the Religion of Freedom

Islam has allowed people things the way no other religion has allowed. Islam never forces a person to do anything till his/her heart wills to do. Even if Islam has discouraged something then it is for the sake of people’s own peace, respect, and dignity.

Therefore, if Islam has encouraged hijab then it is all because of protecting human dignity. Islam has given humans the respect like it has not given to any other creature on earth.