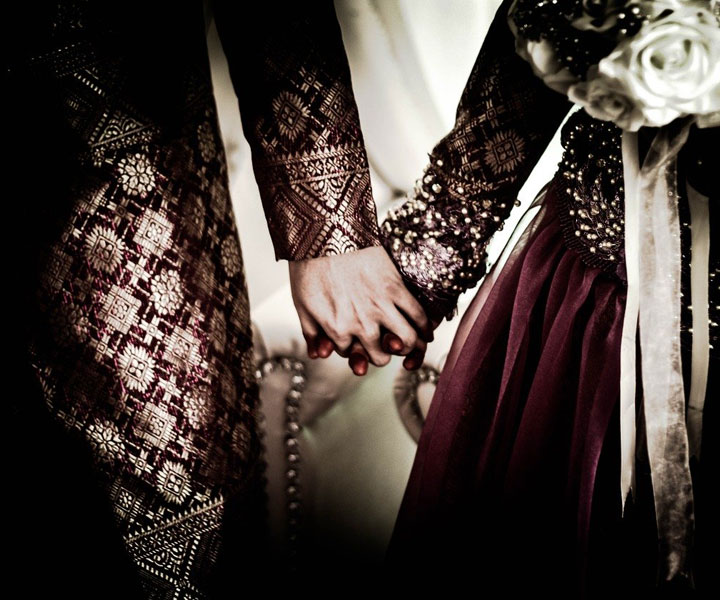 What is the most important event in Islam - NikahExplorer

Nikah is the most important event considered in Islam. It is an Arabic word. In Islamic law the word nikah is a legal term which is used for marriage of Muslims. It is a legal agreement between the bride and groom.

It means that it is a religious ceremony and necessary to perform because it is Sunnat e Rasool (S.A.W.W).

There are some necessary requirements to perform Nikah they are as follows:

• Bride and groom should agree to marry

Mutual agreement of bride and groom is very necessary for nikkah. No one can marry forcefully. ALLAH pak also said believers not to marry women forcefully: “O you who believe! You are not permitted to inherit women by force”. Al-Quran (4:19)

This verse clarify more that mutual agreement is necessary for nikkah.

Equal Rights for Groom and Bride:

It is a revocable agreement; it means that husband can divorce his wife. Islam gives equal rights to man and woman so, if wife want to divorce her husband so it is called Khola in Islamic law.

Mostly nikkah takes place in a mosque and imam make the nikkah official. Some people arrange big nikkah ceremony and invite family and friends to attend their nikkah. Imam asked both about their willingness and bride and groom say, “I do”. Both signed the marriage contract which is called Nikkah Nama. This Nikkah Nama are recorded with the mosque and also registered with local government. According to Islamic point of view nikkah supposed to be as simple as possible.

The Prophet (P.B.U.H) said: “The best wedding is that upon which the least trouble and expense is bestowed.” [Mishkat]

This Hadith clearly shows that nikkah should be affordable so bride’s family can easily arrange this ceremony.

What is mehr? And why it is necessary?

Mehr is the necessary part of nikkah. The groom gives mehr as a commitment to his wife. It can be in the form of money and property.

It is said in the Quran, “O Prophet, We have made permissible for you the wives whose dower you have paid” (33:5).

Prophet (S.A.W.W) said to pay mehr to the women so, nikkah is not valid without mehr.

“And give the women their dowries as a free gift, but if they are pleased to offer you any of it accept it with happiness and with wholesome pleasure.” [Qur’an 4:4]

Groom can give mehr at the time of nikah or later as decided before nikah.

In Islam after nikah valima ceremony is mandatory. Valima means to gather or assemble so, in valima bride and groom invites their families and friends. Celebrating valima ceremony is the Sunnat e Rasool (P.B.U.H). This Hadith tell us about the importance of valima after nikkah.

Sayyiduna Anas ibn Malik (R.A) narrates that the Messenger of Allah (P.B.U.H) has seen a yellow mark on Abdur Rahman ibn Awf (R.A) and he has said: "What is this?" Abdur Rahman ibn Awf R.A) has replied: "I have married a woman with the dowry being gold to the weight of a date-stone.” Hazrat Muhammad (P.B.U.H) said: "May Allah bless you (in your nikkah), perform a valima, even if it is only with a goat." [Bukhari]