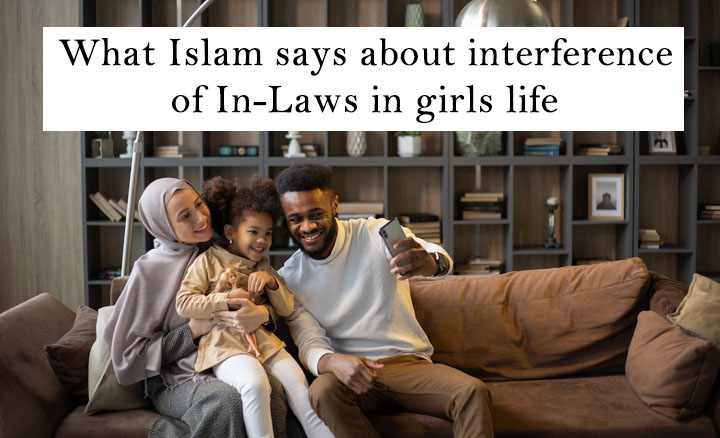 What are the responsibilities of a girl on her husband’s parents?

This is the culture and not the religion that girls are asked to behave like a servant for her husband’s parents after her marriage. Islam has not put any obligation on girl to take care of her in-laws because it is the duty of a man to take care of his parents rather putting his own responsibilities over his wife.

Unfortunately, there are many Muslims who are following the wrong culture on the name of religion. Sometimes, in-laws get so toxic and they torture their daughter-in-law in indirect manipulative ways. For example, they put pressure of home chores over their daughter-in-law and if she tries to refuse any work then they blame her of misbehaving and they put all accusations on her parents by usually saying “parents have not taught her any manners of obeying elders”.

Such in-laws should be very well aware of the difference between misbehaving and talking for own rights. Islam has always encouraged people to take stand for the right and to condemn the wrong.

What Islam has asked a wife to obey?

The wife is not obligated to follow any of her in-laws, including her husband's parents, siblings, and cousins, in regards to any decision, big or small, until they direct her to perform an act that is required by Islam or forbid her from performing an act that is haraam. She must follow orders in these situations, then whether these are from a family member, a stranger, her in-laws, or anybody else.

However, when it comes to obeying husband then Islam has directed a woman to follow and obey what her husband says. Meanwhile, Islam has also asked husband to not ask his wife anything which is unfair, unlawful, or inappropriate.

“Men are the caretakers of women, as men have been provisioned by Allah over women and tasked with supporting them financially” [4: 34]

However, if a husband asks his wife to not do anything even though if it is lawful but just because he does not like and a wife likes that. In such a case wife has all rights to talk and request her husband. This discussion should take place in a calm and peaceful manner without raising tone by any of spouses.

Interference of in-laws in marital life

Islam is the only religion which has taught ethics, discipline, morals, etiquettes, and peace. Islam has protected the rights of every individual in every relation beautifully. Hence, it is not possible in any way that Islam has allowed in-laws to interfere in marital life because such interference would cause violation of rights of both husband and wife. It is the total authority of husband and wife that how they both will lead their life. Hence, no third person could try to interrupt the privacy of married couple and no third party is allowed to regulate married couple that what the couple should do and what they should not do.

It happens in most of Islamic and even non-Islamic societies that in-laws interfere in their daughter-in-law’s matters and they usually use manipulative tactics while doing this. For example, they say that they have more experience and they care about their son, that is why they are interfering. If they have more experience then they are just supposed to guide their youngers but they are not needed to take control over their youngers’ lives. Because this is how they are stealing the rights of others to enjoy and live their (son and daughter-in-law) lives on their own.

Allah has not even allowed anyone including in-laws to enter in others’ rooms with the permission of rooms’ owners.

Allah has clearly stated this in the following verse:

“O you who believe! Enter not houses other than your own, until you have asked permission and greeted those in them; that is better for you, in order that you may remember” [al-Noor 24:27]

Subhan Allah! This is how Allah takes care of others’ comfort and privacy. Then who are we to invade privacy of people around?

Following are points which every girl should know in order to be aware of her rights. These points should also be understood by in-laws so that they will not interfere unjustly in their daughter-in-law’s life.