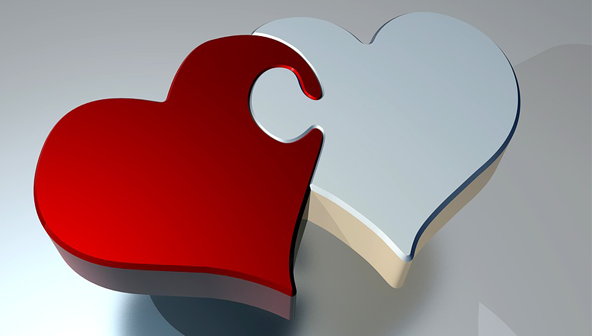 1400 years ago there was a couple who lived together in peace, happiness and harmony. That couple supported each other in good times and bad times and stood by each other when things got tough. That couple is that of our Prophet Mohammad (PBUH) and Hazrat Khadijah. The Holy Prophet used to say about Hazrat Khadijah even after she passed away that “She was with me when no one was by my side, she believed in me when no one did.” They had a very serene and calm relationship. The Holy Prophet told her right away when Allah sent down His messages of Islam upon him and she was the first woman to have accepted Islam. She stood by the Holy Prophet when he was bullied, abused and attacked. The Holy Prophet (PBUH) used to say about her “I was nourished by her love”. THAT is the example that we as Muslims should follow in our marriages. Even after her death, he always remembered her. She was that woman who would join Holy Prophet (PBUH) in paradise. That is the sort of marriage you should have.

Another example of a great marriage was that between Hazrat Ayesha and Hazrat Mohammad (PBUH). She was the mother of the believers. She used to respect and love the Holy Prophet and he used to drink from where her lips touched the glass of water Hazrat Ayesha drank from. In today’s modern world this act would bring about many eews and yucks but at that time this was a declaration of love. THIS is what we must yearn for in our marriages. Holy Prophet used to put his lap in her head and used to kiss and hug her frequently. Hazrat Ayesha would never complain about finances or any other household issues. Both used to joke with each other, play with each other and be happy.

There was peace in the marriage examples mentioned above. Today, marriages are more happening and less peaceful. Let’s all try to follow the examples of the Prophet (PBUH) and make our marriages successful IA.