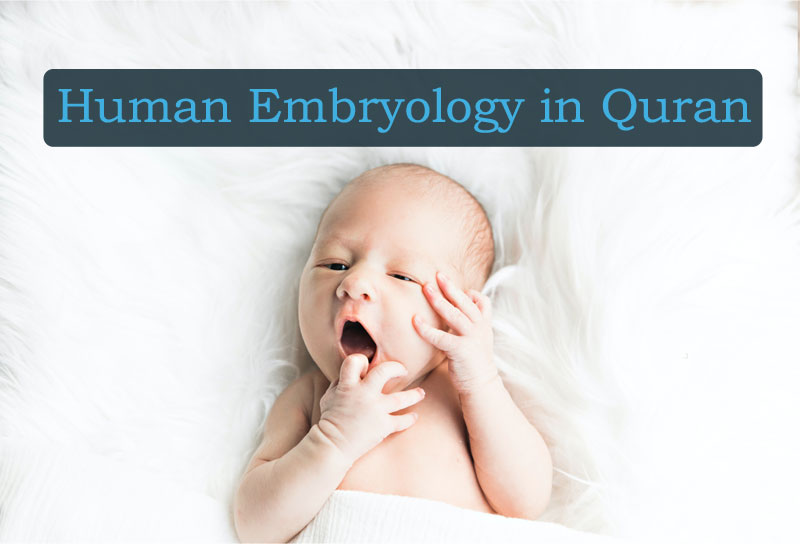 One of most controversial political and ethical questions is really about the emergence of human life. Neither is it difficult to understand why that is a matter of substantial philosophical and legal discourse, rather it raises a range of questions that are deeply hard to interpret.

Muslim thinkers continue to deal with all these bioethical concerns even as medical sciences become more developed and technology helps us to be more and more in charge of the crucial elements of fertility, development and growth.

Man's search for knowledge of his beginnings has directed him to scour his roots and in this regard, religious teachings have been the greatest source for men. The Holy Quran is the finest of miracles. In Quran there is also an exquisite explanation of the conception, growth and phase by phase stages of development of intra-uterine life. Moreover, our Prophet Mohammad (P.B.U.H) has also explained in detail about the origin of human life.

Hadith on the Origin of Human Life

‘Abdallah ibn Mas’ud narrated that the Messenger of God said:

“Each one of you is constituted in the womb of the mother for forty days, and then he becomes a clot of thick blood for a similar period, and then a piece of flesh for a similar period. Then God sends an angel who is ordered to write four things. He is ordered to write down his deeds, his livelihood, the date of his death, and whether he will be blessed or wretched. Then the soul is breathed into him…” [Sahih al-Bukhari: 3036].

What Quran says about the Stages of Human Development?

In Quran Allah has beautifully defined each and every stage of man formation in womb. Allah says in Surah Al-Mu’minun, verses 12-14:

Then We made the sperm-drop into a clinging clot, and We made the clot into a lump [of flesh], and We made [from] the lump, bones, and We covered the bones with flesh; then We developed him into another creation. So blessed is Allah, the best of creators [23:14].”

Elaboration of Human Stages which are mentioned in Quran

• Takhleeq (present day embryonic) is the phase which takes the developmental events from the early part of the 3rd week till end of the eighth week. This process has been further broken down into: Alaqah (leech-like), Mudghah (somites), Izam (skeleton) and Laham (muscle).

• Nash”ah: (Growth) [present day Foetal stage] in this stage the forming and shaping are involved, the outward appearance grows in just such a fashion in which the foetus is recognisably human. It continues until the end of pregnancy. it is therefore categorized into: An-nashaa-Khalaqakha (9–26wks) and Al Hadana-al Rahamiya (26 wks to the full term). It may be an apt way to describe the various phases of human development.

What Allah says about the Creation of Human Beings in Surah Az-Zumar?

Allah has further explained the creation of human beings in Surah Az-Zumar, verse 6:

“He created you from one soul. Then He made from it its mate, and He produced for you from the grazing livestock eight mates. He creates you in the wombs of your mothers, creation after creation, within three darknesses. That is Allah, your Lord; to Him belongs dominion. There is no deity except Him, so how are you averted? [39:6]”

Then to make men realize what they are actually and from where men have come from, Allah states in Surah Al-Qiyamah, verse 37:

What Thinkers and Scientists think about the verses of Quran?

Johnson and Joe are anatomists from USA were very shocked that Prophet Muhammad (P.B.U.H) had an effective microscope and towards the end they said that being researchers and based on Quranic verses he came to believe that Muhammad was collecting messages from somewhere else and believed that there was Divine intervention actively engaged.

These brilliant thinkers have reported that this knowledge is accurate word for word and assimilated to embryological findings presented. We were largely shocked at how all of this was done in the 7th century and also that Prophet Muhammad (PBUH) had no medical knowledge and he could not read or write.

Holy Quran provides a detailed understanding of human development; really no distinctive and detailed description of human development appeared before, such as classification, terminology, and definition. This information came to us in an age since there were no microscopes, no slides, no fixatives and any other gadgets.

Who can reveal such information to people? except the Creator-Allah.

As Allah has made this thing cleared Himself in Quran, in Surah Fussilat, verse 53:

“We will show them Our signs in the horizons and within themselves until it becomes clear to them that it is the truth. But is it not sufficient concerning your Lord that He is, over all things, a Witness?” [41: 53]