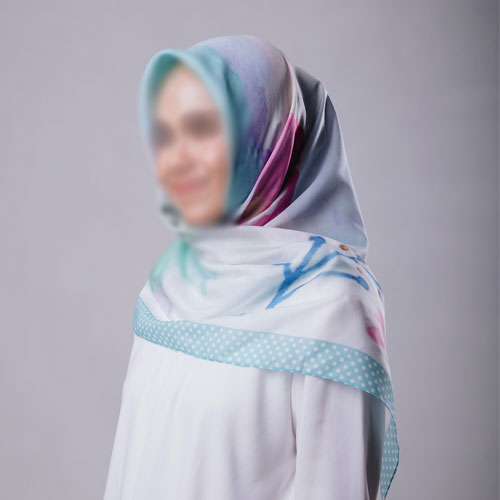 Identity of a Woman - NikahExplorer

Religious Identity of a Muslim Woman

Identity is important to understand oneself. People should know their identities so that they could know what they are and from which religion, culture or ethnic group they belong. Identity also defines and makes an image of people in front of other people. It is upon us that how we can show ourselves to others. For Example, people who get inspired by other culture show them as part of that particular culture, leaving their own culture behind. This could lead a person to fall in the identity crisis.

Religious identity is one of the types of identity in which one should follow rules and principles of religion. Spending life as per to any particular religion shows that an individual belongs from that religion. For Muslims in Quranic verses and hadiths there are certain guidance that must be followed in order to maintain an identity of a Muslim woman. There is a particular attire, way of living for a Muslim woman and if that attire and ways are followed by Muslim woman, only then she could be recognized as the Muslim woman.

In Quran Allah mentions all aspects of life in detail about a woman’s lifestyle that how a Muslim woman should carry herself and how she should behave.

What Quran says about Women and Her Social Life?

Allah says in Quran to women not to expose their private parts. As woman is the most beautiful creature created by Allah, and she should protect her beauty from other men except the relations mentioned in this verse, it is not allow displaying yourselves to everyone. Allah says in Quran in Surah An-Nur, verse 31:

“And say to the believing women that they should lower their gaze and guard their modesty; that they should not display their beauty and ornaments except what must ordinarily appear therof; that they should draw their veils over their bosoms and not display their beauty except to their husbands, their fathers, their husbands' fathers, their sons, their husbands' sons, their brothers, or their brothers' sons or their sisters' sons, or their women or the servants whom their right hands possess, or male servants free of physical needs, or small children who have no sense of the shame of sex, and that they should not strike their feet in order to draw attention to their hidden ornaments. And O you Believers, turn you all together towards Allah, that you may attain Bliss.” [Quran 24:31].

Which Thing Creates a Difference between Muslims and non-Muslims women?

By appearance how someone can recognize a Muslim woman? The way she carries and covers herself defines the identity of a Muslim woman. That’s why Allah mentions in one of His verses to cover the private parts of body and adornments.

"O you Children of Adam! We have bestowed on you raiment to cover your shame as well as to be an adornment to you. But the raiment of righteousness, that is the best. Such are among the Signs of Allah, that they may receive admonition.” [Quran 7:26]

How a Woman can protect herself from abusive and evil eyes

Allah says in Quran in Surah AL-Ahzab in verse 59:

“O Prophet, tell your wives and your daughters and the women of the believers to draw their cloaks close round them (when they go abroad). That will be better, so that they may be recognised and not annoyed. Allah is ever Forgiving, Merciful.” [Quran 33:59].

In this verse Allah mentioned the preciousness of a woman. Allah has explained that how much worth Allah has given to a Muslim woman. That is why He commands to cover them when they move out, so that they could be recognized as Muslim women and prevent them from harm. When the woman is covered and her beauty is not exposed in way that it could become the reason of attraction for other men then no one could dare to molest her. This is why Allah has shown the right ways because at the end it would be women who are protected from evils by following the ways Allah has shown.