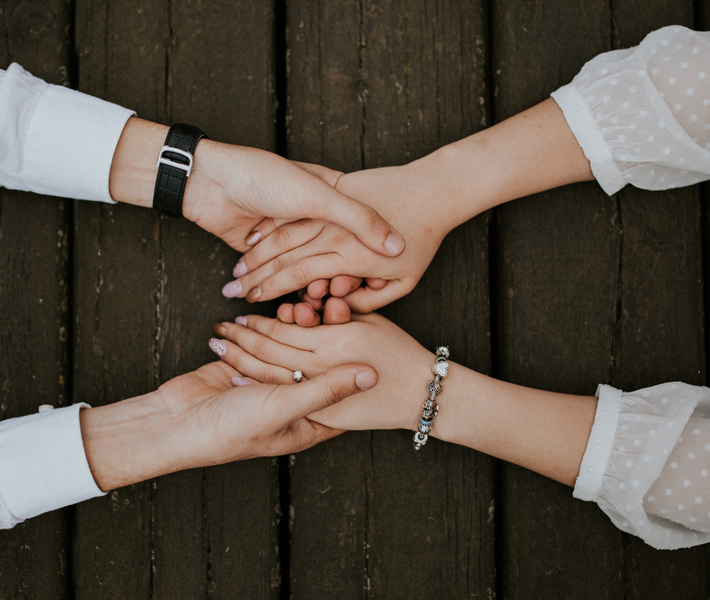 Importance of Intimacy Between Husband and Wife in Islam - NikahExplorer

When people find true love it gets hard for them to stay away from one another, they both are ready to share their small details from what is their favorite color to what is the weird food combination they love to eat. Gradually you also start loving and doing the same things, you notice the way they sit or smile. These small details and let us not forget the bigger details molding together and forming a greater love. Such love gives rise to deepening sensations of compassion, tenderness, sacrifice and the ability to accept the limitations or weaknesses of the other person. This love traverses out the intimacy between the couple, the longing to live together. People marry because they yearn to be close to each other, to be fully known and yet to be loved unconditionally and they want to share their lives in a very intimate way with a partner.

Intimacy includes physical proximity and this soon becomes a sense of a sexual relationship for many. Obviously married love includes sex as it should, but long- term married couples often relate that the sexual part of their relationship is just one of many ways in which they are intimate with each other.

Many types of intimacy comprise emotional intellectual heart interactions, working together towards mutual interests, and spiritual intimacy. Genuine marital intimacy normally involves your partner being transparent and allowing you to be vulnerable Since you know your spouse well and are assured that he/she won't hurt you, you're willing to give yourself up and risk the unforeseen. Islam teaches us all things and has given to the people every valuable lesson about their life, their faith, their wellbeing and their death, for it is Allah's religion may he be glorified and exalted.

Sexual relations are important subjects of life that Islam has been given to clarify and recommend correct behavior and decisions that propel them from the level of pure bestial pleasure and physical desire. Islam links it with a righteous purpose, supplications (adhkar) and proper behavior that elevates it to the level of worship for which the Muslim will be praised. This is demonstrated by the Prophet's sunnah (P.B.U.H). In the book Zaad al-Maaad, Imaam Ibn al-Qayyim (R.A) says: The Prophet (P.B.U.H) gave the perfect guidance in relation to sexual relations, which ensures health and find pleasure and enjoyment for humans, and can serve the purpose for which it has begun, because sex has been created for three basic purposes:

1. The survival and reproduction of the human race should be established in this world before they reach the number of souls that Allah has ordered.

2. Water expulsion (semen) which, if retained, can cause damage to the body.

3. Completion of bodily desires and physical pleasure. This alone is the feature that will be present in Paradise, because there will be no producing of offspring there, and no retention which needs to be relieved by ejaculation.

The best doctors suggest that sex is one of the means of maintaining good health. (al-Tibb al-Nabawi, p. 249).

Among its benefits is that it helps to lower the gaze, brings self-control, enables one to keep away from haraam things, and achieves all of these things for the woman too. It brings benefit to a man with regard to this world and the Hereafter and benefits the woman too. Hence the Prophet (P.B.U.H) used to enjoy regular intimate relations with his wives, and he said, In your world, women and perfume have been made dear to me. (Narrated by Ahmad, 3/128; al-Nasaai, 7/61; classed as Saheeh by al-Haakim).

And the Prophet (P.B.U.H) said: O young men, whoever among you can afford it, let him get married, for it helps him to lower his gaze and protect his chastity. And whoever cannot do that, let him fast, for it will be a protection for him. (Narrated by al-Bukhaari, 9/92; Muslim, 1400).

Among the important matters which should be paid attention to when engaging in intimate relations:

Having the sincere intention of doing this thing only for the sake of Allaah. One should intend to do this to protect oneself and one's wife from doing haraam things, to increase the numbers of the Muslim ummah so as to raise its status, for there is honor and pride in large numbers. It should be known that one will be rewarded for this action, even if he finds immediate pleasure and enjoyment in it. It was reported from Abu Dharr that the Messenger of Allaah (P.B.U.H) said: In the sexual intercourse of any one of you there is a reward (meaning, when he has intercourse with his wife). They said, O Messenger of Allaah when any one of us fulfills his desire, will he have a reward for that? He (P.B.U.H) said: Do you not see that if he were to do it in a haraam manner, he would be punished for that? So if he does it in a halaal manner, he will be rewarded. (Narrated by Muslim, 720).

The husband is permitted, whatever the way he wishes, to have intercourse with his wife from behind or from the front, provided that the place is vagina from which a child is born. Allah says (interpretation of the meaning): Your wives are a tilth for you, so go to your tilth (have sexual relations with your wives in any manner as long as it is in the vagina and not in the anus), when or how you will [al-Baqarah 2:223]. Islam preserves the privacy between the couple as it is prohibited in their private life, in fact, it is one of the evilest things for both spouses to disseminate the secrets of what happens between them. The Prophet (P.B.U.H) said: Among the most evil of people before Allaah on the Day of Resurrection will be a man who comes to his wife and has intercourse with her, then he spreads her secrets. (Narrated by Muslim, 4/157).

This is Allah's great blessing to Muslim Ummah; thanks be to Allah Who made us among them. Polite and respectful words, playfulness and kisses will precede intercourse. The Prophet (P.B.U.H) played and kissed his wives. We can find intimate relationships as both a physical and a spiritual act and as the epitome of pleasure that Allah has bestowed on us, it is easier to understand why it is meant to be a source for men and women of Divine Love.