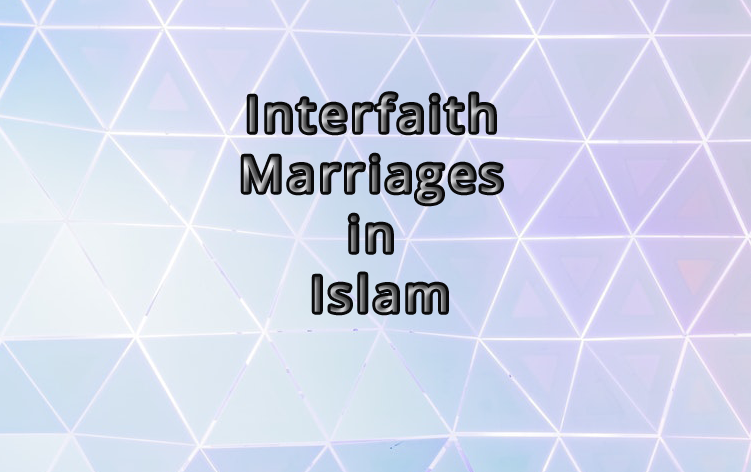 The Quran tells us the clear guidelines for marriage. One of the main things which a Muslim should look for his/her spouse is a similarity in religion. This would impact a lot in the compatibility and the upbringing of future children. That’s why Islam recommends that a Muslim should marry another Muslim.

As Allah says in Quran in Surah in Surah Al-Baqarah, Verse: 221

This verse clearly forbids the believing men and women to marry a person out of their religion or polytheists, also called “mushrikīn”.

The only exception is given to Muslim men who are allowed to marry the chaste girls from among the People of the Book. The exception comes from the understanding that those pious Jews and Christians women who share similar religious outlooks—a belief in One God, following the commandments of Allah, a belief in revealed scripture can be taken by Muslim men in their Nikkah.

As Allah says in Quran in Surah Al-Maidah, Verse: 5

“And [lawful in marriage are] chaste women from among the believers and chaste women from among those who were given the Scripture before you, when you have given them their due compensation, desiring chastity, not unlawful sexual intercourse or taking [secret] lovers. And whoever denies the faith - his work has become worthless, and he, in the Hereafter, will be among the losers”.

However, a Muslim woman is better suited to a Muslim man than a woman of Christian or Jewish faith, regardless of her merits. This is because marriage is not based on fulfilling one’s sexual desires; rather, it is an institution. It aims to establish a home on the bases of tranquility, faith and Islamic morals. Islam made it impermissible for a Muslim woman to marry a non-Muslim because such a person can keep her away from her religion and threaten her faith. However the aim of Islam is to protect religion. That’s why Islam prohibits a Muslim from being involved in something that represents a threat to his religion. A Muslim woman will not feel that her religion is secure while being with a Jewish or a Christian husband especially as the majority of the People of the Book do not show due respect to our Prophet, Muhammad (peace and blessings be upon him).

“And never will the Jews or the Christians approve of you until you follow their religion. Say, "Indeed, the guidance of Allah is the [only] guidance." If you were to follow their desires after what has come to you of knowledge, you would have against Allah no protector or helper”.

It is realized from this that Islam is consistent with itself in prohibiting the Muslim to marry amushrik(polytheist), for since Islam is absolutely opposed to shirk(polytheism), it would obviously be impossible for two such people to live together in harmony and love.”