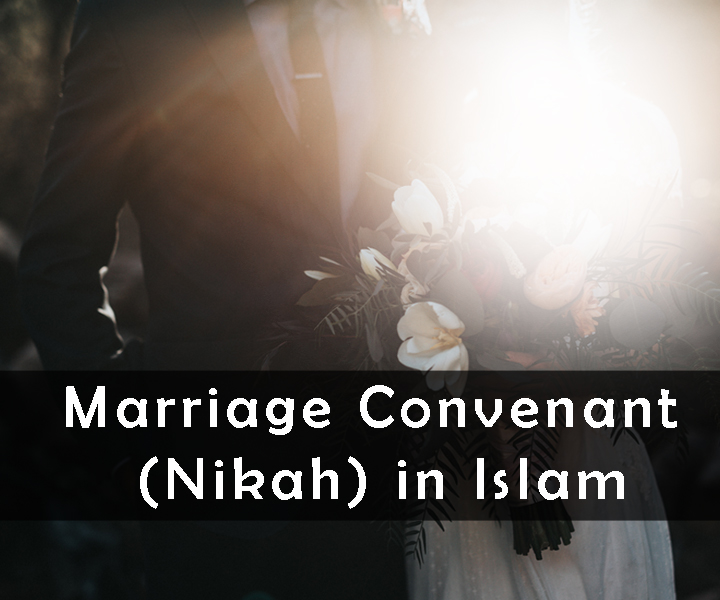 Nikkah (Marriage) is a heartfelt and holy social agreement between couple of man and woman who are getting married. In Islam wedding is not considered as a religious ceremony but a sincere commitment and responsibility.

“And how could you take it while you have gone in unto each other and they have taken from you a solemn covenant?”

Mutual Agreement of Both Spouses

Both members (bride and groom) must have the right to understand and accept the contract of marriage by their own. God has given them full liberty to identify and know about their partner and decide what is good for him/her. After marriage it is the responsibility on both of them to fulfill all commitments which has decided before marriage.

The gift of marriage (Mahr) is a sacred command. Islam handing over this responsibility of Mahr on groom that it is must for husband to give mahr to his wife because it is the most important part of the marriage contract.

It is mentioned in Quran that:

“And give the women (on marriage) their Mahr as a (nikah) free gift."

Mahr is a symbolic contribution to the duty of the spouse, which may be compensated to the bride herself in currency, properties or movable items. The quantity of mahr is not legally defined but restrait is suggested according to current social standard. At the time of marriage, the mahr may be paid to the wife immediately, or delayed to a future date.

The Nikkah assembly is presented by the Muslim, and it officiates with the union sermon (khutba-tun-nikah). In marriage communities a state-appointed Islamic official (Qadi) generally attends the marriage ceremony and retains the marriage contract record. However, any trustworthy Muslim can perform the rite of nikah, as the religion (Islam) does not support priesthood. Last Prophet Mohammad (PBUH) declared it the tradition (Sunnah) that to solemnize the bond of marriage, deliver the wedding sermon in the assembly. This sermon welcomes the spouses to a life of faith, mutual affection, generosity, love, and social obligation.

“By Allah Among all of you I am the most God-fearing, and among you all, I am the super most to save myself from the wrath of Allah, yet my state is that I observe prayer and sleep too. I observe fast and suspend observing them; I marry woman also. And he who turns away from my Sunnah has no relation with me".

The Muslim’s wedding is officiated with prayers at the end of ceremony for the life of spouses, their families, for the community, and the rest of entire Ummah. Nikkah (Marriage) considers as an expression of worship. Conducting in a Mosque is noble and makes it simple. Islam advocates and encourages simplicity in marriage ceremony.

“The best wedding is that upon which the least trouble and expense is bestowed".