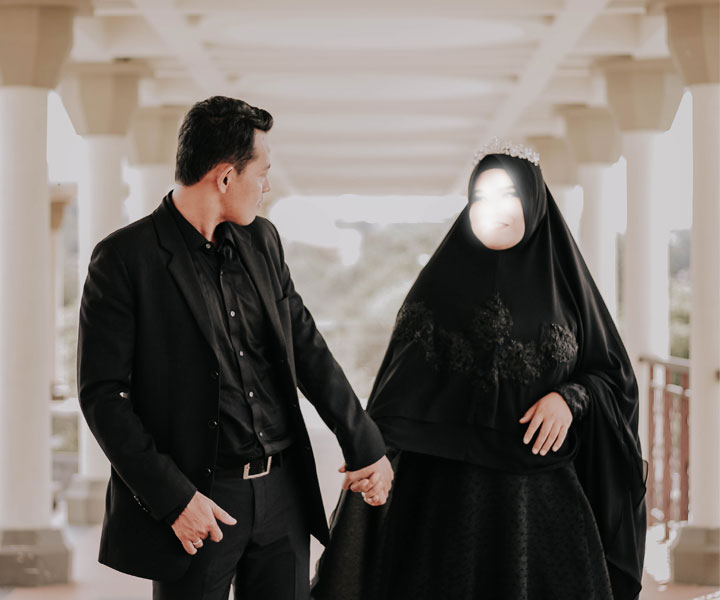 Marriage is Half of the Religion - NikahExplorer

Islam says people who get married and fulfill rights of their partner have completed their half religion. Marriage is considered as a good deed because it plays very crucial role in our life and society. Importance of marriage is proved by the Sunnah; the act which is done by our last prophet Hazrat Mohammad (PBUH). Effect of marriage whether it is good or bad not only occur on a single person or a family but on whole society. Marriage is a big commitment and responsibility because it is not about two people but all coming generations would depend on marital relations. Why marriage is recognized as a religious duty? Allah makes all particular actions mandatory on mankind those prevent His creatures from harm or sin and provide benefits to them that is why marriage is one of Allah’s commands.

Marriage is an opportunity gifted by Allah by which everyone can fulfill their desires of love that is how spouses become the reason of peace and comfort for each other. Allah is well aware about the nature of mankind that is why He has created us in pairs rather than single man or woman so that whenever we want to get pleasure and love, always think and move towards our spouses. In this way people prevent themselves from evil thoughts and sins like sexual harassments.

Allah clearly mentions in Quran that peace and tranquility exist in marital relation. Allah puts love and mercy in hearts of spouses for each other.

“And among His signs is this that He created for you mates from among yourselves, that you may dwell in peace and tranquility with them, and He has put love and mercy between your (hearts): Verily in that are signs for those who reflect”. [Quran 30:21]

Marriage is the command of Allah therefore when someone follows His directions Allah not only prevents spouses from evil traps but also protect their coming generations from harm.

In one of Hadiths it is mentioned that:

“If any of you wants to have intercourse with his wife, he should first say, ‘In the name of God, O Allah! Protect us from Satan and protect what you bestow on us [children] from him.’ If the couple is destined to have a child, Satan will never be able to harm him or her”. [Al-Bukhari]

To avoid sinful actions rather than keep your love for someone secret concert it into marital relation and accept your lover as a spouse in front of all.

"Today, all good food is made lawful for you. The food of the people of the scripture is lawful for you. Also, you may marry the chaste women among the believers, as well as the chaste women among the followers of previous scripture, provided you pay them their due dowries. You shall maintain chastity, not committing adultery, nor taking secret lovers. Anyone who rejects faith, all his work will be in vain, and in the Hereafter he will be with the losers." [5:5]

Marital Relation is the Foundation of Society

Society is based on marital relation because marriage is the cause of numerous men and women. It depends on spouses that how they treat and what they teach to their offspring. Successful marriages and good marital relations results in a better society.

Allah reminds spouses to their duties in Quran:

“O mankind! Be wary of your Lord who created you from a single soul, and created its mate from it, and from the two of them, scattered numerous men and women. Be wary of Allah, in whose Name you adjure one another, and the wombs.1 Indeed Allah is watchful over you.” [Surah An-Nisa, Verse: 1]

Children are considered as the fruit of marital relation and an ornament of the life of this world. Now, it is the most important duty of spouses to take care of their descendants because they are representatives of the society.

Fulfillment of Responsibilities of Marital Relation

In Hadith it is mentioned that:

“men and women are twin halves of each other” [Bukhari].

It proves that in marital relation no one is superior to other. Spouses are created from a single soul it means both have equal rights over one another. It is the religious duty of spouses to fulfill the responsibilities which Allah has mentioned in Quran like love, respect and support each other in this way peace is maintained in life.

In Hadith it is mentioned that:

“The most complete of the believers in faith, is the one with the best character. And the best of you are those who are best to their women.” [At-Tirmidhi and authenticated by Al-Albani]

From above verses and hadiths it is clearly understood that marriage is one of the commands of Allah because it benefits us and society in so many ways. So, we should comprehend the true meaning of marriage and fulfill all our responsibilities. Marriage is meant to accomplish the rights of spouse and offspring in this way we can make a better society which is free from criminal acts and sinful actions. As getting married we are obeying Allah’s command so He helped itself so much once we make marital relation. Hence marriage is a big and important responsibility and it effect on society that is why Islam consider marriage as a half religion so that people tried their best to accomplish all their marital responsibilities.