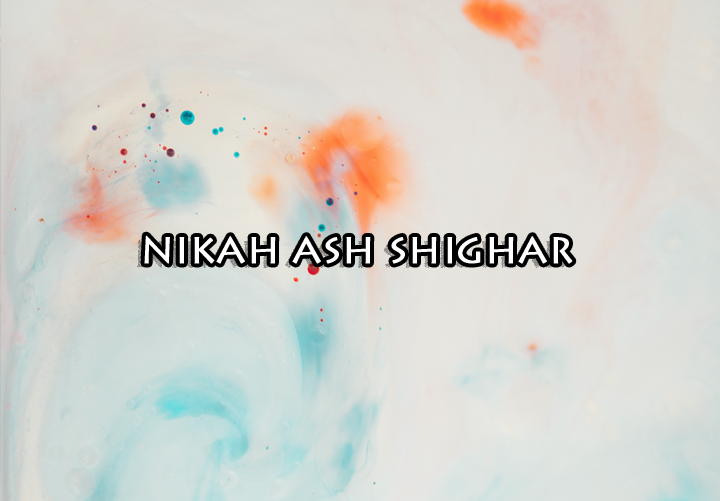 Ash-Shighar marriage is when two men, either the two brothers or the fathers, make a deal of marriage. The deal could be asking one man to another to marry with his daughter/sister and he will marry the second man’s daughter/sister in return, under the condition that there will be no mahr (a legal and religious right of woman). Such a marriage is only seemed as an ‘exchange deal’ and therefore this reason is enough to invalidate ‘Ash-Shighar marriage’.

In another Hadith Abdullah ibn-e-Umar (may Allah be pleased with him) stated that Allah’s Messenger (P.B.U.H) forbade ash-shighar, that if one man marries his daughter to another on condition that another man will give him his daughter in marriage, without mentioning any dower. (Al-Bukhari).

These Hadiths are clearly forbidding this exchange marriage. In Islam, the actual Nikah is the bond of love and affection, in which the consents of both bride and groom are taken and they are tied by their own free will. However, women in Ash-Shighar marriage are seemed as commodities that can be bought and sold.

There is a fatwa passed in regard to nikah Ash-Shighar,

“Nikaah ash-shighaar refers to when a man gives his daughter, sister or other female relative whose guardian he is in marriage on the basis that the other man will give him a female relative in marriage, or will let his son or nephew marry his daughter, sister or niece, and so on. The marriage contract done on this basis is invalid, whether a mahr is stated or not” (Fatwa)

Since authentic Hadiths and fatwas are telling that Nikah Ash-Shighar is prohibited to Muslims, hence we should strictly avoid such marriages. Being Muslims, we need to keep the original essence of Marriage, the way it is told us by Allah and Prophet Mohmmad (P.B.U.H) and to not follow the amendments which are forbidden in Islam.