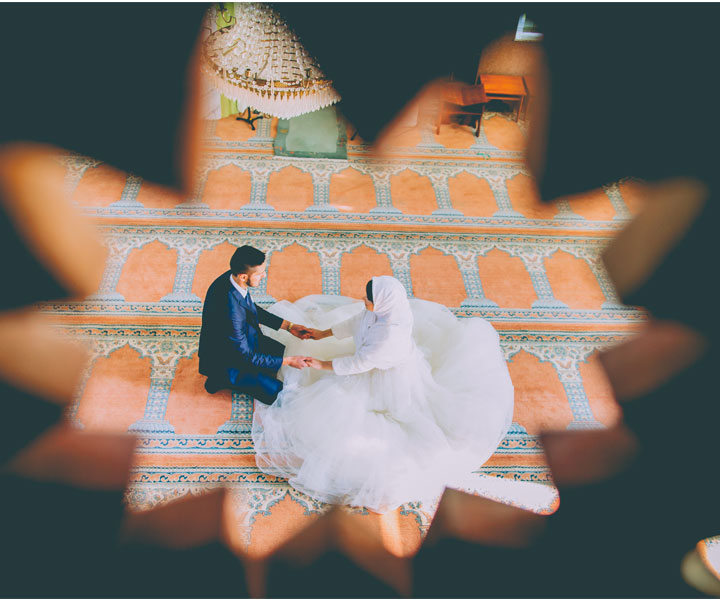 Qualities of an Ideal Spouse - NikahExplorer

Relations utterly depend on the behavior and nature of people who are in relationship. Nowadays the things which are prior for us to notice in partner before marriage are good looks, social status, finance, profession, etc. If all of these mentioned qualities are present we can easily consider ourselves lucky to have an ideal spouse but then what happens after a short period of time we argue and dislike each other. Actually, our list of priorities is wrong; the things which we should notice in a person as a spouse are: good character, religion, compatibility, maturity, sense of humor but usually in reality we ignore these qualities. This is our misconception that a lot of money and handsomeness are enough qualities to spend whole life with the person because presumably both things are most attractive; however, in actual these are not only effective qualities for lifelong. The qualities which are constant throughout life are:

If your spouse is good and strong in character then these are more than enough because it shows the mentality and the standard of living of a person. Such kind of a man do not ever cheat, misbehave, and disrespect his partner. That is why Islam gives so much importance of good character, it is mentioned in one of Hadiths that:

Abud-Darda (May Allah be pleased with him) reported that The Prophet (PBUH) said, “Nothing is placed on the Scale that is heavier than good character. Indeed the person with good character will have attained the rank of the person of fasting and prayer.” [At- Tirmidhi, hadith 2003]

“Allah doth command you to render back your trust, to those to whom they are due.” [4:58]

If you are truthful in every phase of your life then Allah helps to solve problems and ease our difficulties. In this way we can save our relation from falsehood and support each other with honesty. Power of truth in turn makes our marital bond stronger and deeper.

Our prophet (PBUH) once said:

Every Muslim should have fear of God because this is the only thing which can prevent us from sins and evil deeds. In this way before taking any decision everyone thinks at least twice so that his words or decision may not dishearten his God. God loves humanity and if we do anything wrong with His creatures God will punished us in the life hereafter and stops sending His blessings on us. That is why fear of God is mandatory in our hearts, having this we can fulfill all of our spouse’s duties and rights, always wants to save our relationship at any cost, and understand the worth of feelings and emotions of each other.

"And My mercy encompasses all things, and I shall decree it for those who fear Me." [Quran 7:156]

Fear of God has two benefits; the first one is that we can prevent ourselves from mistakes and evil traps and secondly, God will grant us with great reward in the life hereafter.

It is mentioned in Quran that:

"And whoever fears God – He will pardon him his sins and grant him a great reward." [Quran 65:5]

God mentions the reward in chapter 54 of Quran that:

"Indeed, those who fear God will be among gardens and rivers, in a seat of truth near an All-Powerful Sovereign." [Quran 54:54-55]

In Islam it is clearly mentioned that spouses are the two identical halves it means they are made for each other because of having same nature, habits, and behavior. Therefore, they can easily spend their life together without misunderstands and difficulties. As both of them are belonging from same kind of soul so they never get chance to blame one another on lifestyle or nature.

Allah clearly mentions in Quran that:

Financial status is not included in compatibility because God will enrich us whenever He wants. Money never tells about the righteousness of a person and hence, selection of spouse on the basis of finance is not a clever act.

Allah is stated in Quran that:

“And marry the unmarried among you and the righteous among your male slaves and female slaves. If they should be poor, Allah will enrich them from His bounty, and Allah is all-Encompassing and knowing.” [Quran 24:32]

Knowledge is power because by this we can differentiate between right and wrong and knowledge comes with maturity. Mature people understand very well about their duties and know how to fulfill the rights of their relations. Marriage itself is a very big responsibility thus, spouses should be mature enough to take care of each other and their coming descendants.

It was narrated by Anas (may Allah be pleased with him), that the Prophet (PBUH), said:

"Allah will ask every caretaker about everything that was entrusted to him, whether he preserved it or wasted it, and He will ask the man about his family." [Ibn Hibbaan]

In Marital relationship intelligence is the capability to tackle with problems and understand each other with patience that is why intelligence is one of the qualities which should be present in a spouse because foolish people often do mistakes and messed up relations and then after that regret on their actions when nothing left before. Those who have intelligence pretty know about the rights of each other.

In Al-Bukhari it is mentioned that:

Your husband and your children have more right to it than anybody else.’" [Al-Bukhari and Muslim]