Blog Romance in Marriage
Posted on 1/30/2017 in Relationship 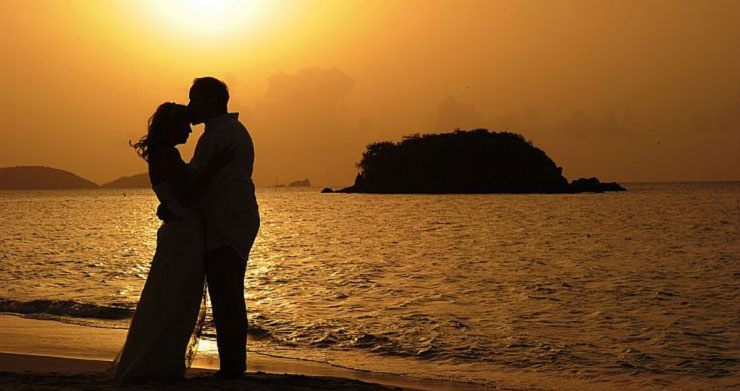 In the society the term ‘romance’ is misconstrued to mean that it involves only physical pleasure between a man and a wife. This is completely incorrect. The term romance has a much deeper and emotional meaning than that. It covers the entire aspect of love, marriage and devotion towards one’s spouse and is a very important aspect for marriages in Islam.

When we have romance in marriage it is sure to last longer. Infact we as Muslims should follow the Prophet (PBUH)’s life when living our marriage because he was the most romantic man ever known in the face of this earth. We give examples of the romance of Romeo and Juliet but even they don’t come close to the level of love and romance shown by our dear Prophet in his marriage. However, due to   the norms of modern society we have drifted far away from the concept of romance in marriage. We do not realize that romance is not only physical attraction but loving and caring for each other and knowing your spouse’s feelings. That is why men find it so hard to express romantic feelings for their wives; it is because they have been molded by society in this way.

Men feel that to be romantic they have to carry out elaborate gestures of expression of love, maybe even spend monetarily. However, a wife does not wa nt all that. For her romance is just appreciating who she is and looking after her and joking with her, spending time with her and even playing with her.

Once the Holy Prophet (PBUH) was racing with his wife Ayesha and she won. A little while late they raced again and the Prophet (PBUH) teased Hazrat Ayesha by saying tit for tat as he had won. It was just a race but it aroused love and romance.

Just as romance can be sought in the happy and playful moments it can also be sought sadness. If either one of the spouse is sad,  when the other consoles or calms them down that is also a part of romance as they are understanding each other and their misery or whatever is making them sad will eventually bring them closer. They should be a shoulder to cry on and a ton of warmth for each other. Lying down in each other’s lap is also highly encouraged in Islam and is a form of romance. The Holy Prophet (PBUH) would regularly recline in the lap of Hazrat Ayesha and recite the Quran, that’s how much it is encouraged.

There is also a tradition of the Holy Prophet (PBUH) which says “A person will be with whom he loves.”  This means that those who show the most love and romance with their spouse in the world they will be raised on the day of judgment to be with their spouse, who they expressed their immense love for in the world. So always look at your spouse and smile. When both the husband and the wife look at each other and smile, Allah looks at them and smiles too and gives them a ton of blessings and raises them in His eyes.