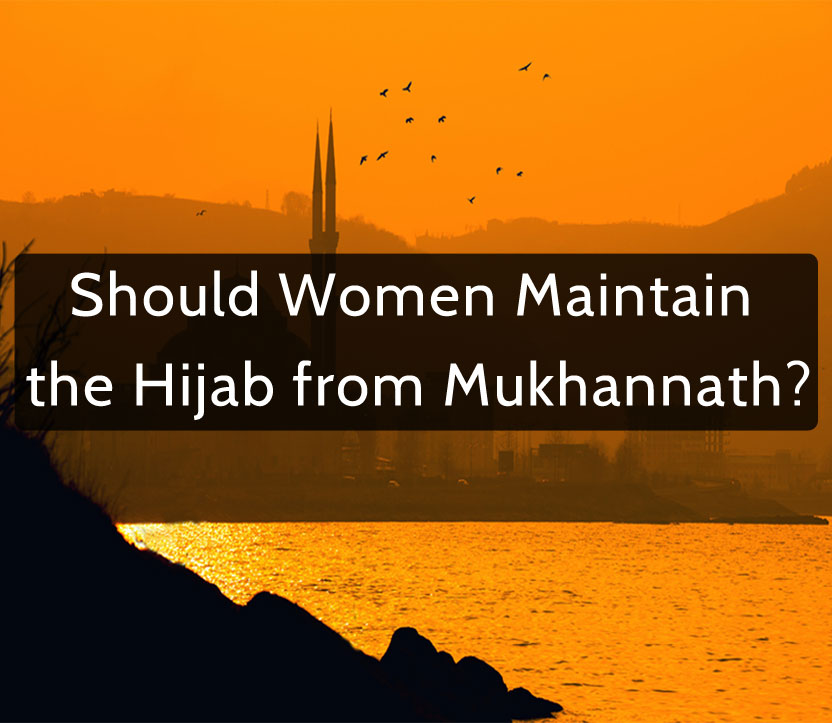 Mukhannathun is an Arabic word which is used to represent the third gender which is neither male nor a female but a person whose gender is undecided and called as “Mukhannathun”. Mukhannathun is mentioned in the Hadiths and in the writings of many early Arab and Islamic authors, particularly those from the area of Medina.

Why Music is associated with this particular gender?

They were widely associated with music culture during the Rashidun period and the first half of Umayyad period. The term has been used as a classification during the Abbasid caliphate for people working as singers, dancers, or comedians.

What Hadiths say about Mukhannathun Gender?

A variety of hadiths suggest that during the early years of Islam, mukhannathun was used as male slaves for wealthy women because of the perception that they are not sexually involved in the woman's body. These references do not mention the homosexuality of the mukhannathun, but only that they lack sexual desire.

Different Hadiths state that Prophet Mohammad (P.B.U.H) cursed the mukhannathun and their female counterparts, mutarajjilat, and directed his followers to drive them out of their homes [Sahih-Bukhari, Abi Dawud]. Because such event, as per to one hadith has been caused by a mukhannath slave of Mohammad's wife Umm Salama who has commented on a woman's body. This statement may have persuaded Prophet Mohammad (P.B.U.H) that the mukhannathun only claimed to have no interest in women, and therefore we could not be trusted with them anymore.

It appears that there might have been some variation in how "overtly masculine" they were, but there are suggestions that some elements of feminine clothing or at least embellishments were adopted by them. One hadith notes that even a Muslim mukhannath who may has colored his feet and hands with henna (traditionally a female activity) was excluded from Medina yet not killed for his actions [Abi Dawud].

“An effeminate man (mukhannath) who had dyed his hands and feet with henna was brought to the Prophet. He asked: What is the matter with this man? He was told: "Messenger of Allah! He imitates the look of women." So he issued an order regarding him and he was banished to an-Naqi'. The people said: Messenger of Allah! Should we not kill him? He said: I have been prohibited from killing people who pray” [Abi Dawud].

Where this 3rd Gender stands in LGBT?

Though often categorized as transgender persons, mukhannathun as a community does not fall neatly into any of the sex or gender categories used by modern LGBT groups. It cannot be assumed whether they were either male homosexuals or female transgenderers. There is too much variation between one mukhannath and the other to decide a particular mark for their sexual orientation, and over time the definition of this word is being shifted.

Thus, the overall conclusion is saying that there is a third gender exist known as mukhannath in Arabic. It is still unclear that whether this gender possesses sexual desires or not but through the hadiths it has been cleared that they are somewhat attracted to women’s body. Also Prophet Mohammad (P.B.U.H) has also forbidden mukhannath slaves just because of this reason that they are attracted towards the female’s body.

Thus, we can say that women should maintain the hijab even from mukhannath and women are not allowed to trust them and women should not think that they have no sexual urges. There might be some sexual urges in them as they have not shown in pre-Islamic days, and so we are not sure about them even in this modern era as well. This is the reason that mukhannath are mostly consider with the male gender. In travel etc, mukhannath are seated with the male gender and not the female gender. Women should maintain a distance as women maintain from male gender, as per to the teachings of Islam.