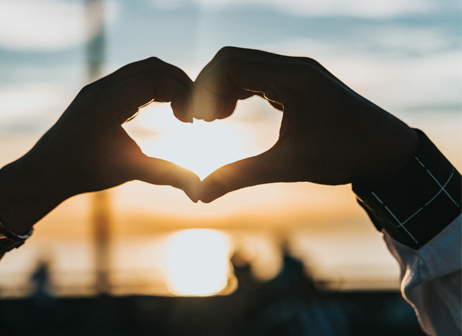 In religion Islam, one of the important aspects of life is getting married. Both male and female are encouraged in Islam to get married. Moreover, besides the general commendation of marriage, Islam also tells its followers to build such a marital relationship where both the partners live happily, so they may give birth to the better generation.

“No house has been built in Islam more beloved in the sight of Allah than through marriage.”

On another occasion the Prophet Mohammad (P.B.U.H) said,

Imam Ali (R.A.) supported the act of marrying too and said, “Marry, because marriage is the tradition of the Prophet (S).”

The Prophet Mohammad also said, “Whosoever likes to follow my tradition, then he should know that marriage is from my tradition."

The most important things to make the marriage successful are care, Love, and respect. Usually women are associated with the role of care and taking care of the household chores. However, males are also responsible for taking care of the family and one way of doing is by spending their income on the well being and happiness of the family members. Prophet Muhammad (P.B.U.H) said in one of His hadiths:

“The best among you is one who is best to his family” (Tirmidhi).

Trust is also another major thing that holds this beautiful relationship together. Allah has given certain roles and responsibilities to husband and wife for each other, they must perform those roles with sincerity. As Allah says in Quran,

“Men (males) are responsible for women (females) because of what Allah has given one over the other (in strength) and they (males) spend (for females maintenance) from their wealth. So righteous women are obedient (to Allah), guarding in (husband’s) absence what Allah wants them to guard. But for those (wives) from whom you obser5ve arrogance and refusal, admonish them; (if they persist), leave their beds; and (lastly), tap (percus) them. But if they comply, seek no further means against them. Indeed, Allah is ever Exalted and Grand.”

There are not always big things that make marriage successful, but somtimes little things can help a lot to make this bond stronger. Amongst those things, one most important is 'Proclaim to your spouse that how grateful you are for having him/her". You must express your spouse that what good he/she is doing to you and why you like her/him. There is an ego in the nature of men which stops them from acknowledging and appreciating their spouses. Islam says to kill this ego. By complimenting each other, exchanging smiles, doing small things for your spouse and thanking your partner for little things can make your relationship happier and healthier. A muslim must be grateful to Allah too for having a good life partner. As Allah says in Quran,

“And as for your Lord’s favor, then discourse about it! (i.e., proclaim it).”

Happy muslim couples talk like best friends. One of the secrets for succesful marriage is that being best friends and spouses at the same time. Because in this way they can understand each other much better.

Couples that have learnt to communicate effectively are away of marital stress because they become so attuned to each other’s feelings that they can immediately sense the emotional state of their spouse through the slightest change in words or tone.

Muslim couples strive to be the comfort of each other’s eyes. And this is another way of successful marriage. As Allah says in Quran,

And those who say, "Our Lord, grant us from among our wives and offspring comfort to our eyes and make us an example for the righteous."

Smile when you open the door to your tired husband, smile when you get to see your wife after a hectic day, say thanks to your spouse at least daily for giving you beautiful moments. Smile when you see your wife taking care of your child. Exchange gifts and cards. Let your smile be the last thing your spouse sees before he/she goes to sleep. Smile because Allah has given you many reasons to.

Each should cover, protect, and safeguard the another. Each spouse conceals the other spouse’s faults, and does not reveal them to others but try to resolve the issues among themselves. As Allah says in Quran,

"They (your wives) are your garment and you are a garment for them."