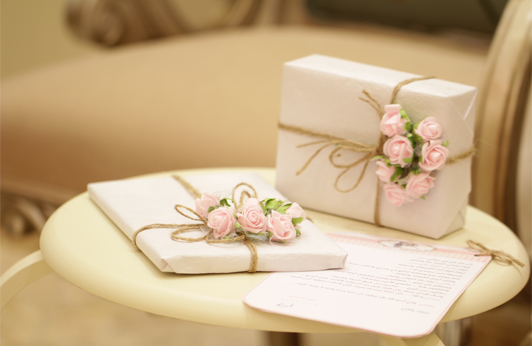 What is the minimum amount of Mehr - NikahExplorer

There is not a fixed amount of mehr declared in Islam. The Sharia, or Islamic law, has not set or even recommended any amount which could be called as sharai mehr. If both the partners do agree on the decided mehr then it can be a little amount too. The minimum amount of mehr can be roughly calculated by the following hadith reported in al-Saheeh (no. 1425) narrated from Sahl ibn Sa’d al-Saa’idi, who said:

Mehr is the right of Muslim woman which Islam has given to her as the token of honor and respect. The above hadith states that mehr can be the small thing if the man is unable to give much. In regard to this Allah has mentioned in Quran that mehr can be given according to the capability of a man. Allah says in Surah Al-Baqarah, verse 236:

Islam does not set limitations in regard to mehr, it can be as much as a person wishes to give and it can be as little as a person can easily afford. If a person cannot afford anything then the declaration of shahadah can also be considered as a mehr. It is mentioned in Al-Tirmidhi Hadith 3209:

Anas ibn Malik narrated, that AbuTalhah married Umm Sulaym, the Mehr between them being acceptance of Islam. Umm Sulaym had become a Muslim before AbuTalhah, and when he asked her in marriage she said, "I have become a Muslim, so if you become one I shall marry you." He then accepted Islam and that was the Mehr arranged between them.

"And (also prohibited to you are all) married women except those your right hands possess. (This is) the decree of Allah upon you. And lawful to you are [all others] beyond these, (provided) that you seek them (in marriage) with (gifts from) your property, desiring chastity, not unlawful sexual intercourse. So for whatever you enjoy (of marriage) from them, give them their due compensation as an obligation. And there is no blame upon you for what you mutually agree to beyond the obligation. Indeed, Allah is ever Knowing and Wise". [4:24]

Islam is the easiest religion across the globe. There are multiple ways and variety of solutions of every problem, in religion Islam. Thus, mehr is not a big deal to make the marriage happen. Islam has given various options to let us know that marriage is not a difficult task to perform. If both bride and groom want to marry but they are afraid of financial issues then they should read Islam. Islam says to make a marriage simple and easy, so that people enjoy their beautiful day rather than putting themselves in trouble.