Blog What is the perfect age to get married in Islam?
Posted on 1/1/2019 in Marriage 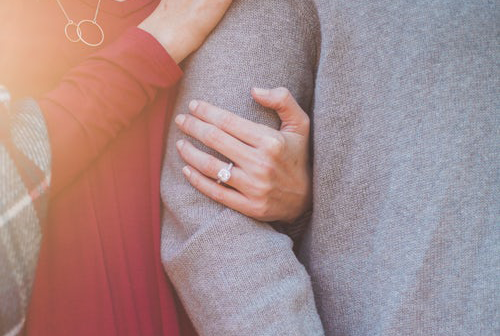 What is the perfect age to get married in Islam? - NikahExplorer

Islam has not given any specific age for marriage, either for the male or for the female. However, Islam has just suggested to get married at young age. Because marrying at young age can prevent a person from sins . There are also many benefits of marrying at young age, for example having both physical and spiritual chastity. Chastity considered as one of the most important things in Islam. A good Muslim should be able to guard his chastity until they get married. By marrying early, a Muslim is guarding his chastity well. As Allah says in Quran, Al Mu’minoon (23:5-6)

“And they who guard their private parts. Except from their wives or those their right hands possess, for indeed, they will not be blamed.”

Marriage protects a muslim to commit major sins like Zinnah. As humans undeniably has such kind of desires when they see the opposite sex, Islam asked a Muslim to get married early if he is unable to control or not able to handle the sexual desires well. Marriage acts as an outlet for sexual needs and regulate it so one does not become a slave to his desires.

Whereas, reaching the age of puberty is not the only criteria for deciding an appropriate age for marriage. Other factors such as the overall maturity of a person, his or her ability to differentiate between what is good or bad, he must be able to approve or disapprove in important decisions of life. These all things are need to take into consideration.

Islam says whenever you feel you are mentally prepared for marriage, and you can afford your wife’s expenditures, you should get married. The best age for a Muslim to marry would be when he is physically and mentally mature to fulfill the responsibilities of the marriage that Islam places on them. Hence, mental maturity is the most important factor to marry. And there is no fixed age of maturity, it occurs at varying ages in different individuals.

There is a debate about the age of Hazrat Aisha (RA) when she got married to Prophet Mohammad (peace be upon him). It is widely believed that she was just 9 then, and this is used as an excuse for child marriage and the sexual and physical exploitation.  Every society and culture has its norms, we shouldn't be interested that in what age who was. If the norm of today's society is that a woman can marry at least at the age of 18, tomorrow it might say 25 or 30 that doesn't mean that people who previously marry at the age of 18 are pedophiles. It all depends on the norms, Islam doesn't force us to marry at this early age or any specific age but it depends on the maturity of a person and on the norms of the society one is living in.

However, there are some negative aspects of society that are making the Nikkah difficult for example,

Islam is totally against of these things. And we all are needed to spend life according to Islam, we are not supposed to follow the wrong things going on in the society. However we must follow the right things in the society to have unity among muslims.