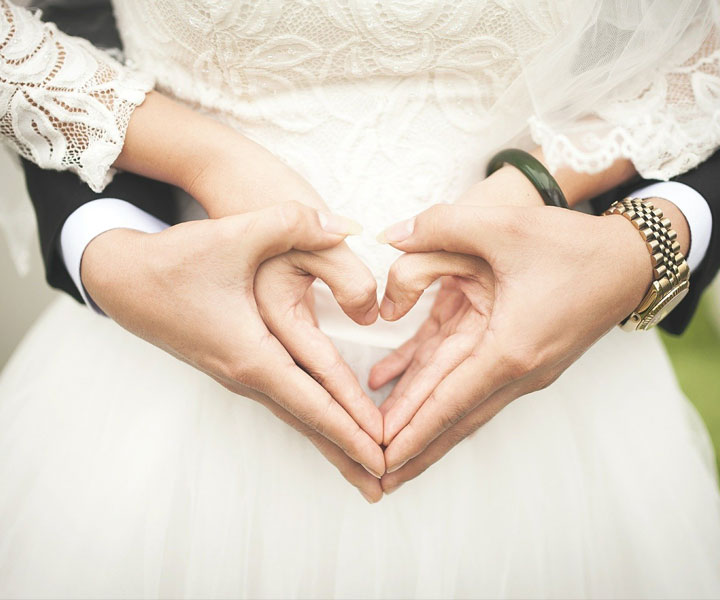 What Islam says about finding a Right Partner - NikahExplorer

What Islam says about finding a right partner!

Islam is a complete code of conduct covering all human affairs and among them marriage is the one. As some do love and others opt for arrange marriage. In a way, we all are on around the same pitch because ultimately the consequences are same. But have you ever asked this question to yourself what should be considered while marrying? Or have you chosen the right partner for yourself?

Our beloved Prophet PBUH is a definite example of an ideal spouse whereas for a female spouse he said “A woman is married for four things, i.e., her wealth, her family status, her beauty and her religion. So you should marry the religious woman (otherwise) you will be a loser” [Al Bukhari].

These examples are indeed enough to set our standards but living in this world makes it really impossible to find. People have varying personality traits and some can be compromised over others.

Kindness is a trait which is required for being in a lifetime bond and it can’t be compromised at any cost. Likewise, if a person can help you get in Jannah, he is 100 times better than anybody else and the cast, color or creed is avoidable. Marriage is all about living a life together so mutual goals can really help out in strengthening the bond.

Traits to be looked for finding a right partner

Through many hadiths, the Prophet instructed us all about the different features one seeks for in a partner, their relative value, as well as which some define things, and draw the blessing of Allah upon a marriage. In one of the hadiths, Prophet Mohammad (P.B.U.H) has advised or told about the characteristics in a spouse:

Abu Hurairah (may Allah be pleased with him) quotes the Prophet as saying, “A woman is married for four things, i.e., her wealth, her family status, her beauty, and her religion. So you should marry the religious woman; (otherwise) you will be a loser” [Al-Bukhari].

Which traits can make a marriage successful?

Checking to make sure that Muslims suit their spouses well is one of the most significant and potentially challenging roles in Muslim society. In order to have a good marriage, the person seeking marriage has to have his / her goals straight and be consistent about what characteristics are most important to look for in a partner.

In a husband or a wife there are several attributes that are important but some are far more important than others. Vastly understating the incorrect characteristics will lead to catastrophe down the road just as neglecting other aspects will do the same.

"Choose carefully for your seed. Marry those who are equivalent (or "qualified") and give to them in marriage" [Ibn Majah].

Character and Behavior of the Spouse

In the preceding hadith presented to those responsible for the marital affairs of Muslim women and children, they were ordered by the Prophet (P.B.U.H) to promote their marriage when they were pleased with two issues: the suitor's faith and his conduct.

Character in Islam is of utmost significance, and coincides with faith and piety. As we can see from the following hadith, the Prophet (P.B.U.H) has also mentioned it as the intent of his mission to humanity:

"I have only been sent to complete good character" [Al-Hakim].

Prophet Mohammad (P.B.U.H) has further said about the character in the following hadiths:

"I am a guarantor of a house in the highest part of Paradise for one who makes his character good" [Abu Dawud].

"The believers with the most complete iman are those with the best character." [Abu Dawud and it is sahih]

What Quran says about the character of spouses?

In verse 26 of An-Nur, Allah defines the relation of this problem to marriage:

The term khabith interpreted above as "bad" signifies disgusting, impure and despicable. This is a very strong term. The term tayyib interpreted as good, signifies clean, nice and pure.

Quality of Wudd in Partners:

One of the significant character issues within the partners is the wudd consistency. This means goodness and compassion and affection. Prophet Mohammad (P.B.U.H) has said:

"Marry the loving/friendly, the child-bearing for I shall outstrip the other nations with your numbers on Qiyamah" [Ahmad and Abu Dawud].

The prospective partners will then question and find out more about the actions and etiquette of the other person. Often as an indication one could look at the courtesy and actions of all the other person's family, as well as the behaviourist perspective of the same family is identical many times (but not always).

In other words, in some families certain traits tend to rule whether they are good or poor people, such as rage, politeness, stinginess, kindness, deceit, truthfulness and so on.