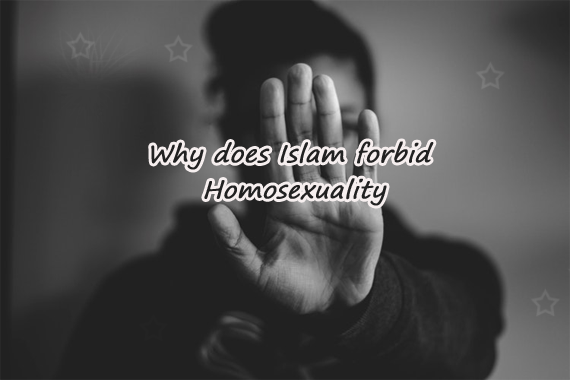 Why does Islam forbid Homosexuality - NikahExplorer

The spread of homosexuality has caused many diseases; it also causes the breakup of the family and leads people to give up their work and study because they are preoccupied with these perversions. So, a Muslim should not doubt on what Allah has prescribed. He should know that there is great wisdom in what Allah has commanded and what He has forbidden.

Allah has mentioned homosexuality as the major sin in Quran. Allah says in Surah Al-Ankabut, Verse: 28

And [mention] Loot, when he said to his people,"Indeed, you commit such immorality as no one has preceded you with from among the worlds.

“Do you indeed approach men with desire instead of women? Rather, you are a people behaving ignorantly."

But the answer of his people was not except that they said, "Expel the family of Lot from your city. Indeed, they are people who keep themselves pure."

“So We saved him and his family, except for his wife; We destined her to be of those who remained behind”.

“And We rained upon them a rain [of stones], and evil was the rain of those who were warned”.

These verses refer to the punishment that befell the people of Loot (Prophet of God). Homosexuality is considered as one of the worst sins by our Prophet Mohammad (P.B.U.H) too.

It is narrated that Jaabir (may Allah be pleased with him) said: “The Prophet (P.B.U.H) said: ‘There is nothing I fear for my ummah more than the deed of the people of Loot.”

(This hadeeth was classed as saheeh by Shaykh al-Albaani in Saheeh al-Jaami’, no. 5891).

It is narrated that Ibn ‘Abbaas said: “The Prophet (P.B.U.H) said: ‘Whoever you find doing the deed of the people of Loot, kill the one who does it and the one to whom it is done.”

And [We had sent] Lot when he said to his people, "Do you commit such immorality as no one has preceded you with from among the worlds?

Indeed, you approach men with desire, instead of women. Rather, you are a transgressing people."

The spread of this depraved practice in a society disrupts its natural life pattern and makes those who practice it slaves to their lusts, depriving them of decent taste, decent morals, and a decent manner of living. The story of the people of Prophet Loot (Lot) (peace be upon him), as narrated in the Qur’an should be sufficient for us.