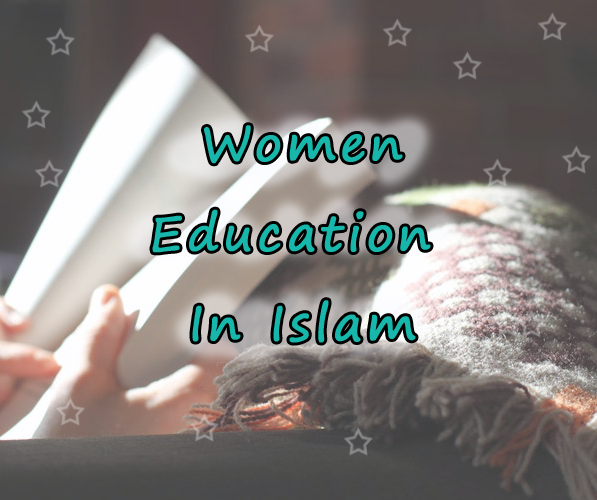 The first and the most importance guidance in Holy Quran is not Haj, Salah, Zakat, or anything else but the first guidance sent by Allah is “Iqra” (to read).

“Recite in the name of your Lord who created man from a clinging substance. Recite and your Lord is the most Generous, who taught by the pen. He taught man that which he knew not”.

In above verses it is mentioned nowhere that the education is not for female or less for female than male.

It was narrated from Anas bin Malik that the Messenger of Allah (Peace be upon him) said:

"Seeking knowledge is a duty upon every Muslim, and he who imparts knowledge to those who do not deserve it, is like one who puts a necklace of jewels, pearls and gold around the neck of swine."

The most beautiful example on which we can look upon regarding women’s education is Hazrat Ayesha (R.A). She is considered as best Muslim woman scholar. She is credited with narrating more than two thousand hadith and was noted for teaching eminent scholars. She had a great love for learning and became known for her intelligence and sharp sense of judgment. Her life also substantiates that a woman can be a scholar, inspiration, and leader. The example of Hazrat Ayesha (R.A) is promoting education,

and particularly education of women.

Allah says in the Quran in Chapter An-Nahl, verse: 97

“Whoever does righteousness, whether male or female, while he is a believer - We will surely cause him to live a good life, and We will surely give them their reward [in the Hereafter] according to the best of what they used to do”.

The girl child has to earn righteousness and this can happen only through education.