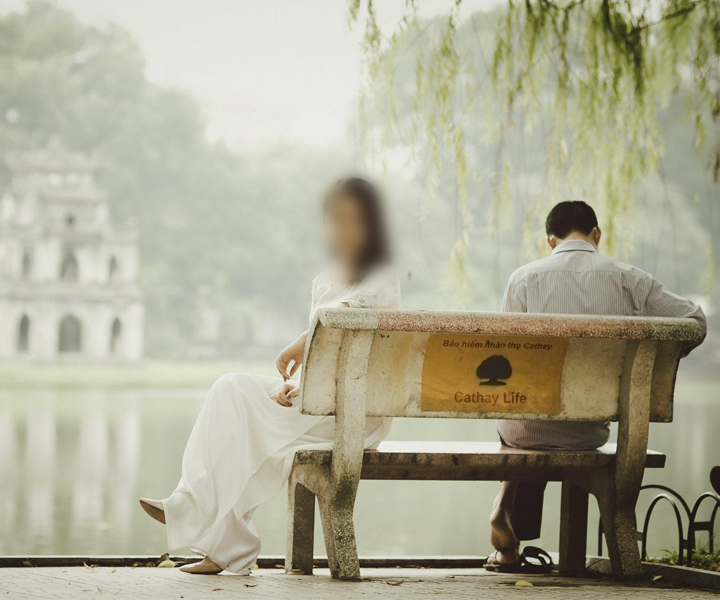 Marital rape means when a person asks his wife forcefully, to have a sexual intercourse in an improper way or in the ways Allah has prohibited. Allah says in Quran in Surah Al-Baqarah, verse 222:

And they ask you about menstruation. Say, "It is harm, so keep away from wives during menstruation. And do not approach them until they are pure. And when they have purified themselves, then come to them from where Allah has ordained for you. Indeed, Allah loves those who are constantly repentant and loves those who purify themselves." [2:222]

In this verse of Surah Al-Baqarah, Allah is prohibiting the sexual intercourse during menstruation cycle. Allah says that a woman can deny her husband on being asked for sexual intercourse when she is not prepared whether mentally or physically. Hence, in the situations when a husband asks to have sex during menstruation, fasting, or to do sex in an abnormal position, a wife is allowed to deny her husband.

If the husband abuses or physically hurts his wife on the rejection of his demand then the wife has all the rights to go to the court to take an action. In such circumstances a woman can go for the divorce as well, if the torture is unbearable. Her husband is indeed a sinner if he is torturing his wife to fulfill his one-sided desires.

Islam is the religion of kindness and in the regard of this matter; Islam has asked a wife and husband to have the sexual intercourse with love and intimacy, and most importantly with the agreement of both sides.

Allah advises men to be kind with their women. Allah says in Quran in Surah An-Nisa, verse 19:

“O you who have believed, it is not lawful for you to inherit women by compulsion. And do not make difficulties for them in order to take [back] part of what you gave them unless they commit a clear immorality. And live with them in kindness. For if you dislike them perhaps you dislike a thing and Allah makes therein much good”. [4:19]

These verses and the teachings of Islam say that rape is rape, no matter if the victim is in Nikah or not. Islam discourages every single act which is against the humanity. Therefore, such forceful acts are considered as the domestic violence which Islam is strictly prohibited. Islam teaches to live with peace and tranquility. Thus, an every single Muslim needs to read the Quran with the translation, so that there would be no violence and destructions among the relationships.